There has been a lot of public debate if the very expensive reconstruction of the Neues Museum with its mostly Egyptian and other antiquity collections was done properly. It was destroyed during the Second World War. Afterwards it kept decaying as a ruin for decades.

The architect now chose the approach to conserve the building as is. It was not rebuilt in the lavish imperial style of the 1800s. Instead the ruin was kept as it is. Only those elements missing or too badly damaged were supplemented with modern pieces. All new elements (like the modern staircase) were kept inornate, the old brick walls as they were without plastering. Have to say that this approach works for me at the moment. The displays and lighting of the exhibits are  brilliant. 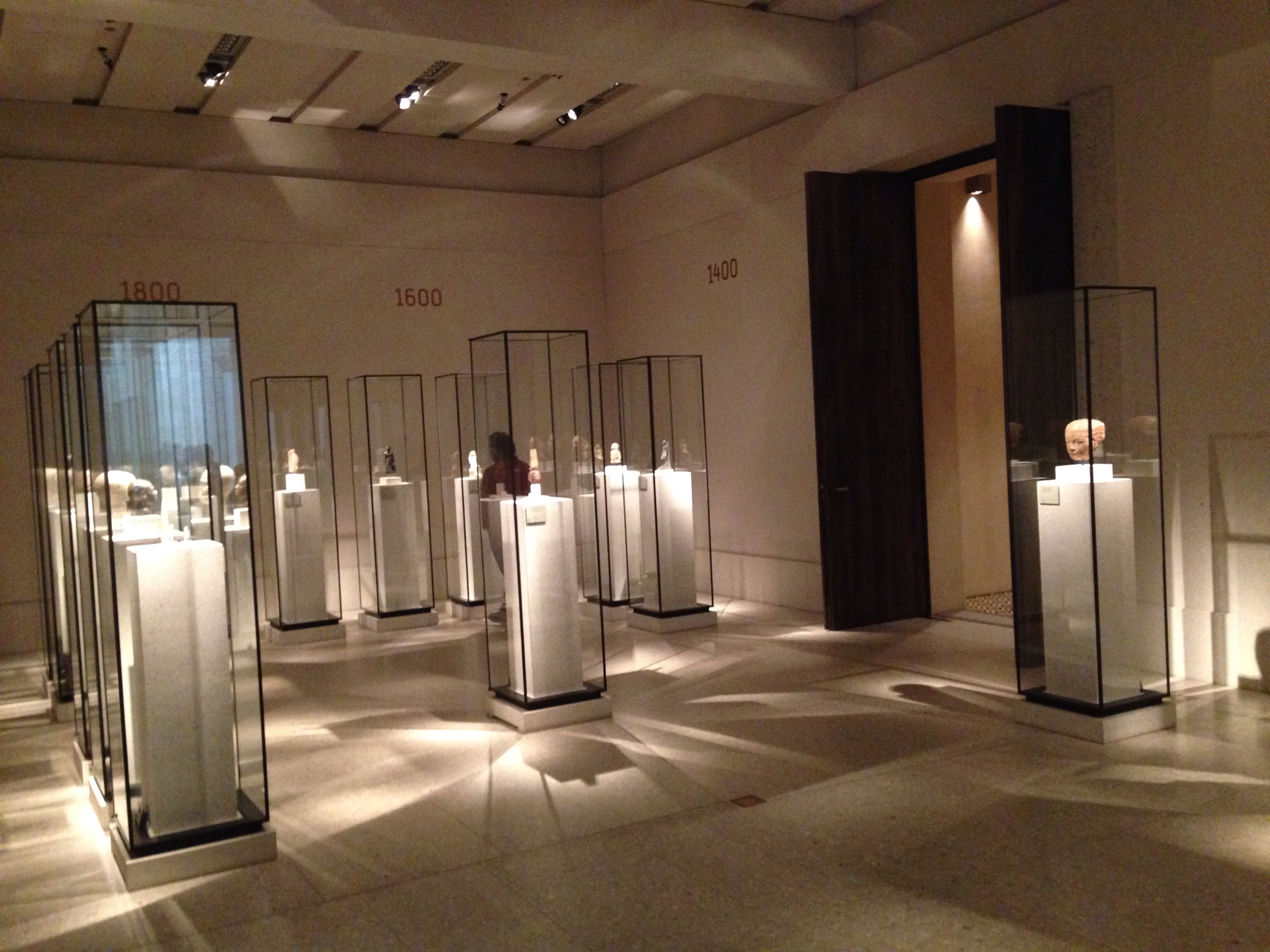 The modern pieces combined with the old ones look interesting. I am just worried that it will get worse when the building gets older. Then it starts being impossible to guess which parts were purposely kept crumbling and which ones are actually crumbling. At this stage I fear the current magic will be gone. But we will see in a few decades. 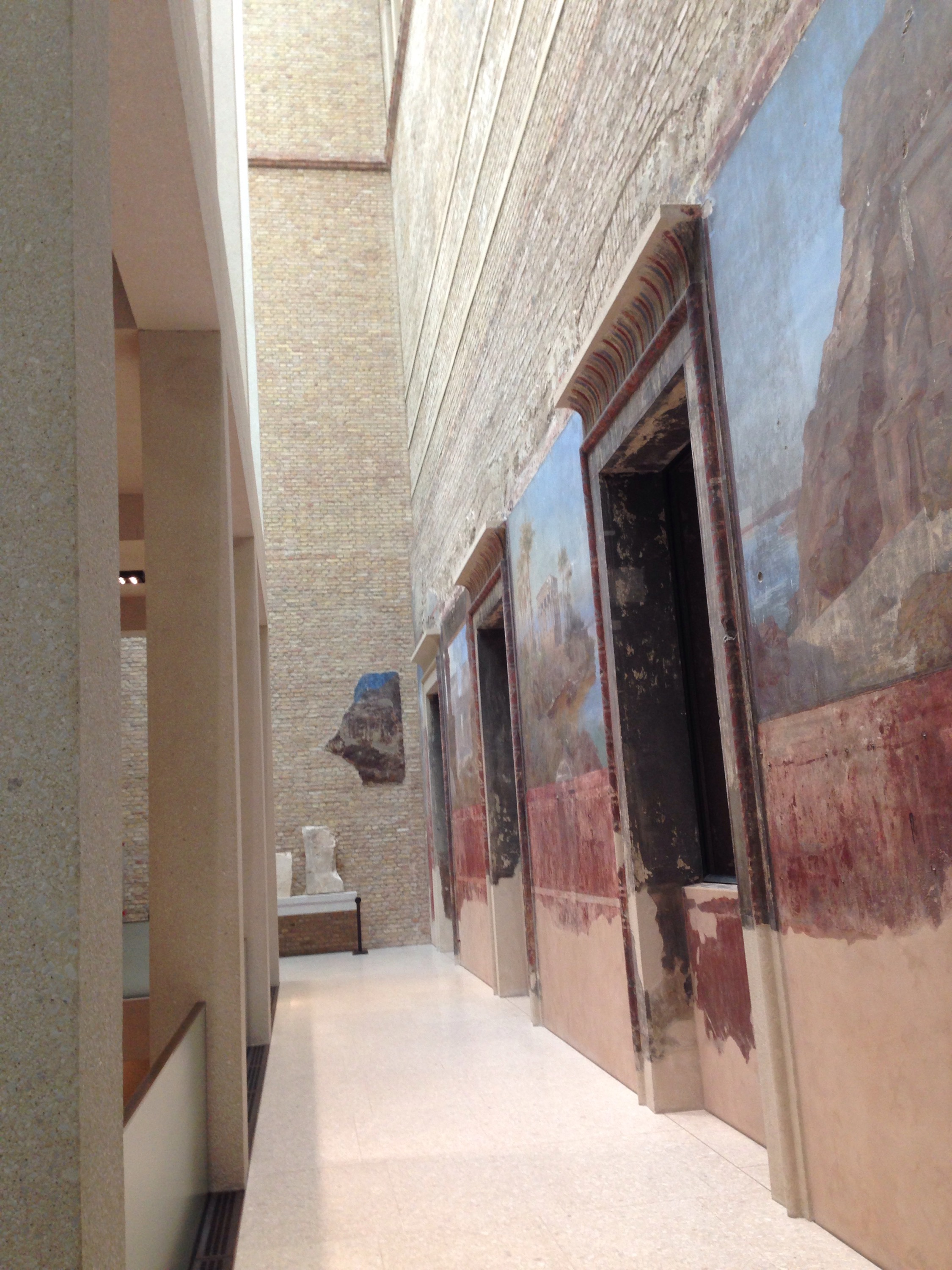 The above picture is a good example. You can see new columns on the left and a new floor. The walls were kept as they are. Open bricks with a bit of the plaster and painting remaining. 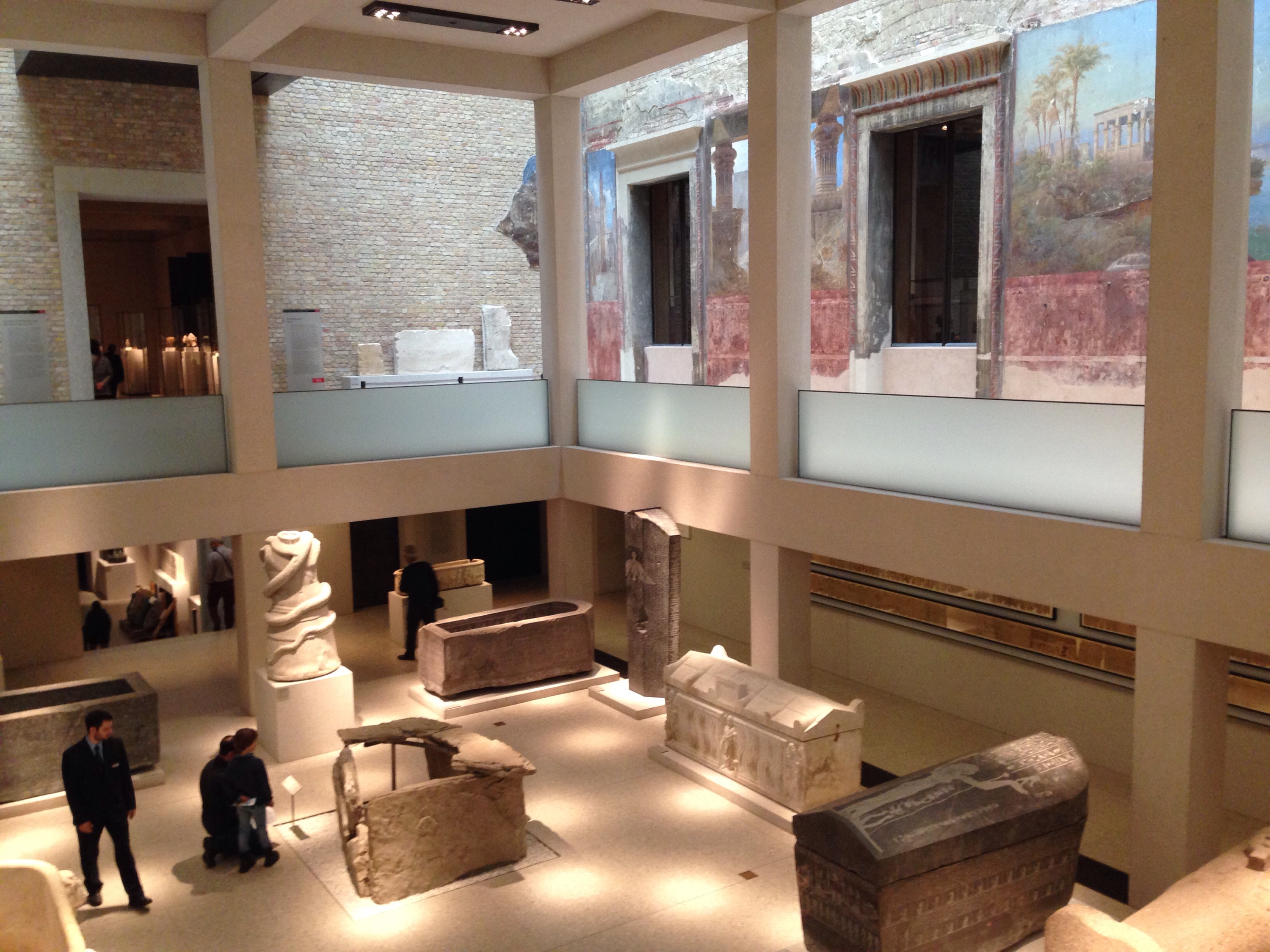 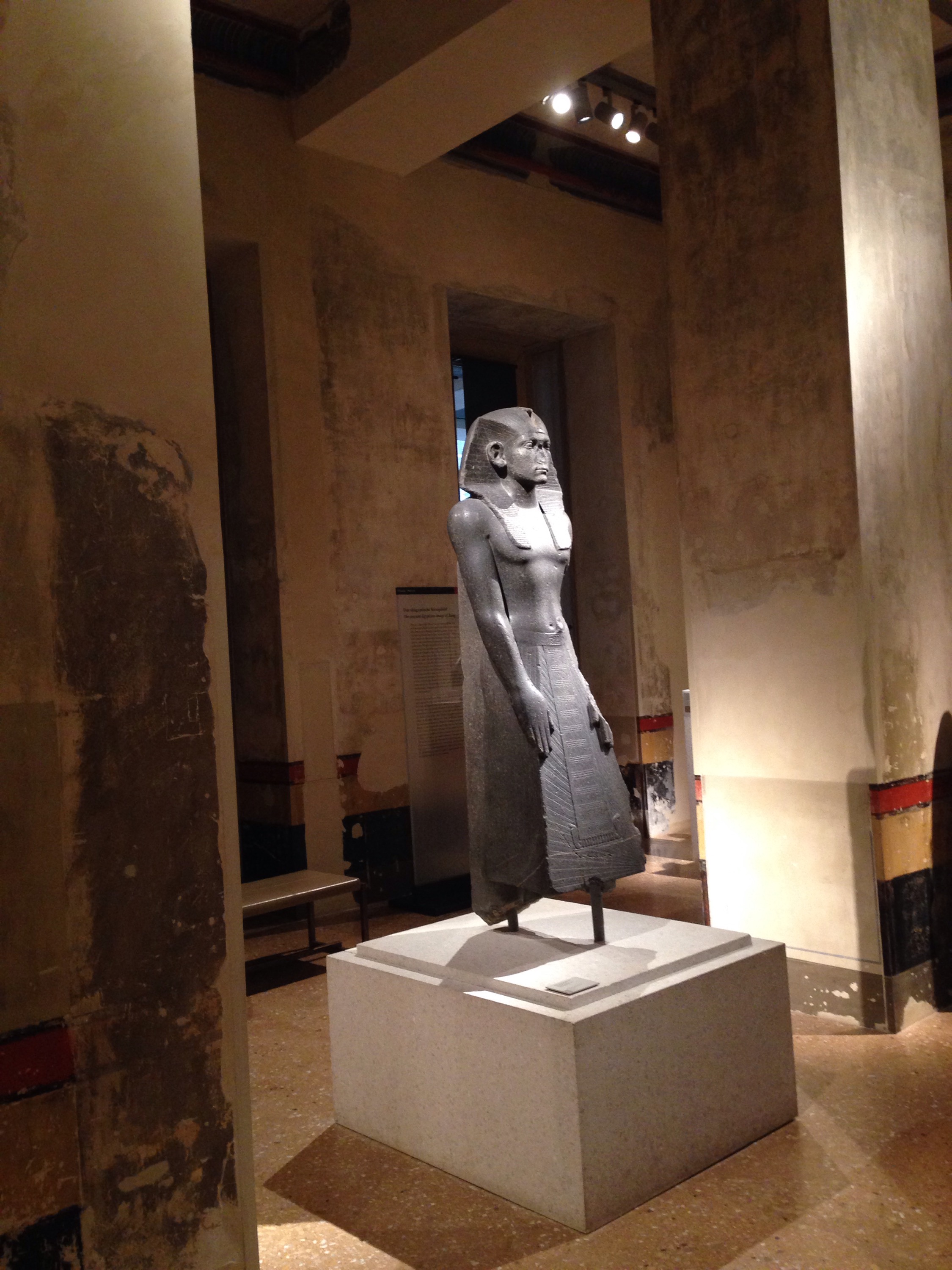 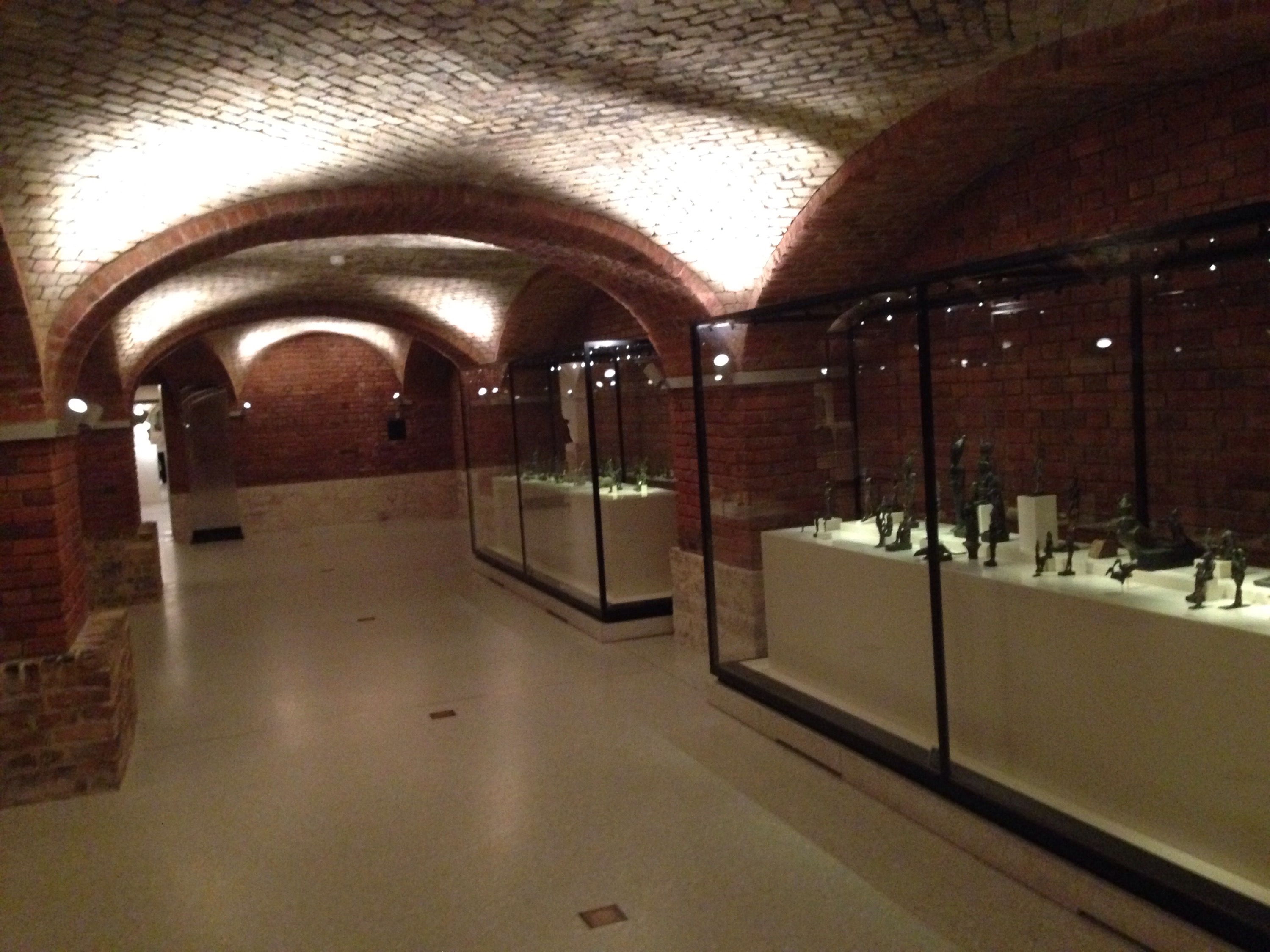